OVERTHINKING ABOUT THE PAST? READ THIS! 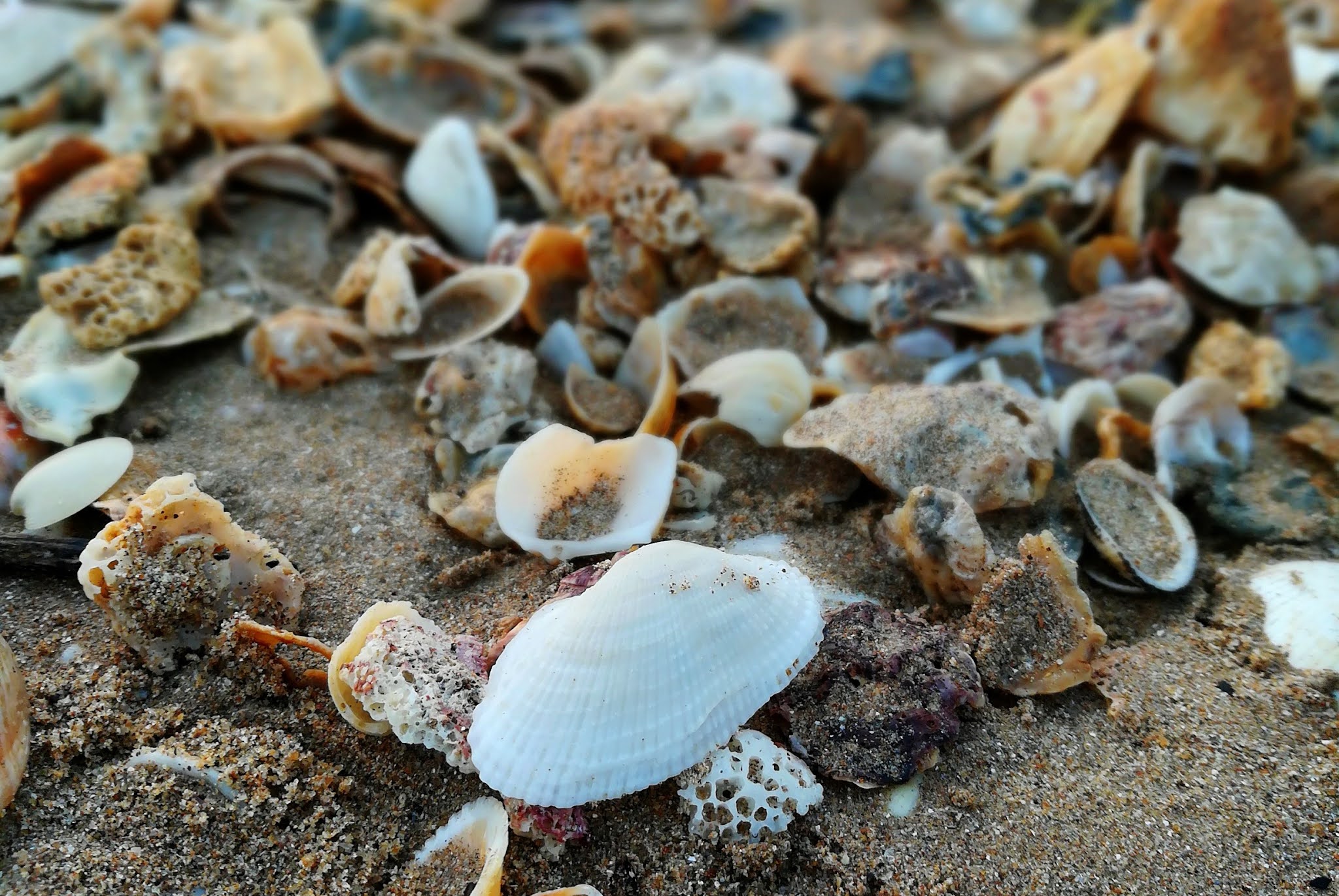 Let me tell you why not overthinking on your past does not help you succeed. There are actually two approaches to explaining this, where your past was good, and where your past was bad. Well, my story includes both of these and I'm still suffering from incidents where I overthink about my past ill-treating me.  I'm gonna start with me thinking about the good past. I was this perfect little thing when I was before my twenties. Everything in my life happened so perfectly without any downfall, I was happy all the time, didn't have any kind of feeling blues, I was always smiling, motivated and had this amazing soul. Everyone around loved me for my personality, my talents, my looks (p.s. I'm being a little narcissistic here ;)), how I saw the world, how I planned my future, and everything about me. I often faced so many praises from my social environment and I did not understand the fact of why a person gets angry, or sad. I indeed understood that people who underwent a lot
Post a Comment
Read more

SONGS TO HELP YOU WITH DEPRESSION 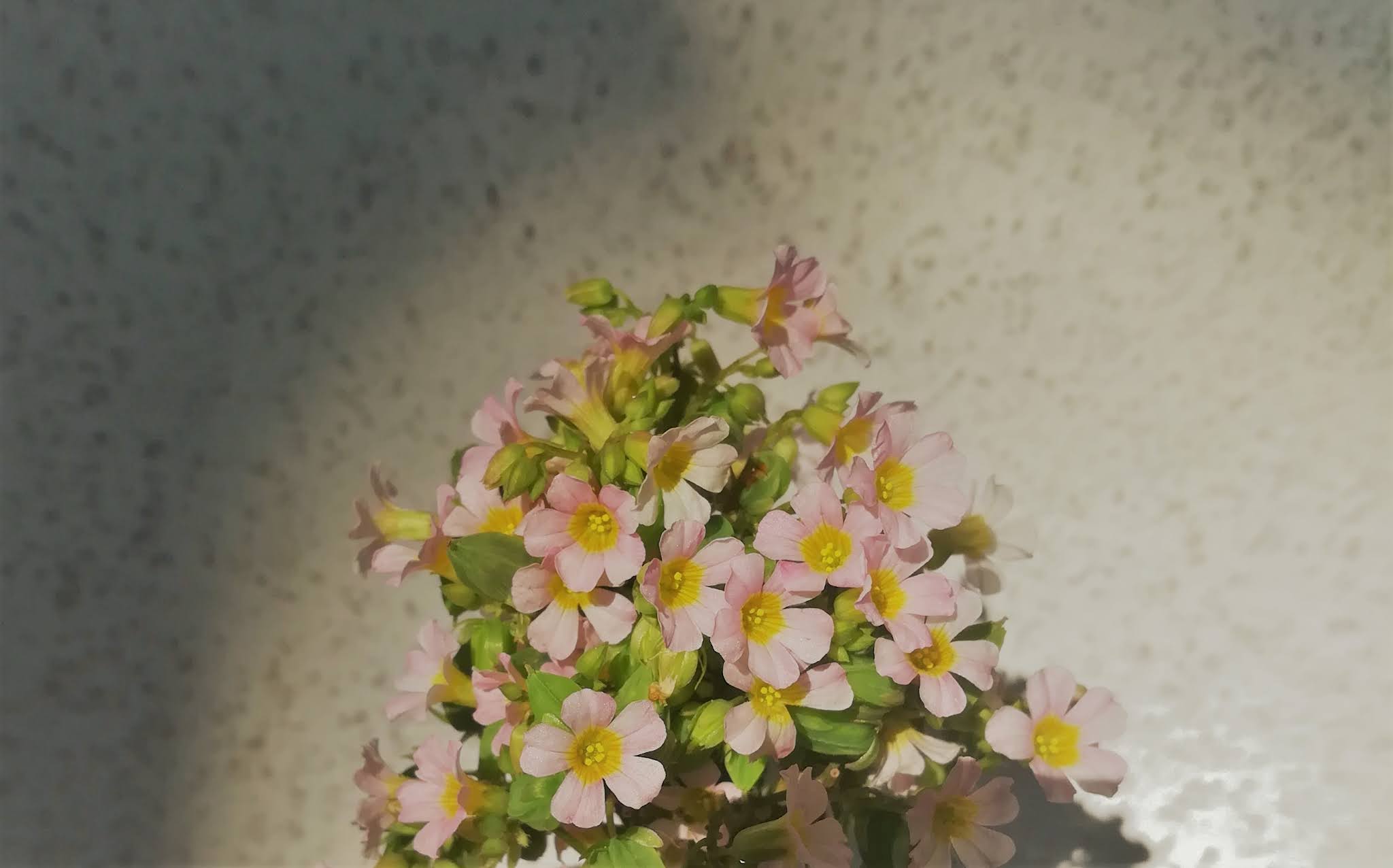 These are hard times. Almost everyone I talk to daily has issues that pertain some kind of lack in their mental well-being, that especially come off with the coronavirus  pandemic. Amongst them, depression is a widespread symptom that I have seen in many of the young people who are in their twenties. To be honest I myself have undergone some chaotic moments where I could not control my feelings, and I like being open about it to people just because it is like a pre warning. Of course I talk to my close ones when I'm feeling blue, but it is important for me to know that I am the most needed person for myself in case of a hardship, than other people. Music helps me big time to get my feet on the ground again. I was going through some blogs and YouTube to find specific music which helps calming down myself today morning and hence this blog post came in to my mind. No cap, I actually had to go through many blogs to find the best music of my taste since some songs were pretty tensed fo
Post a Comment
Read more 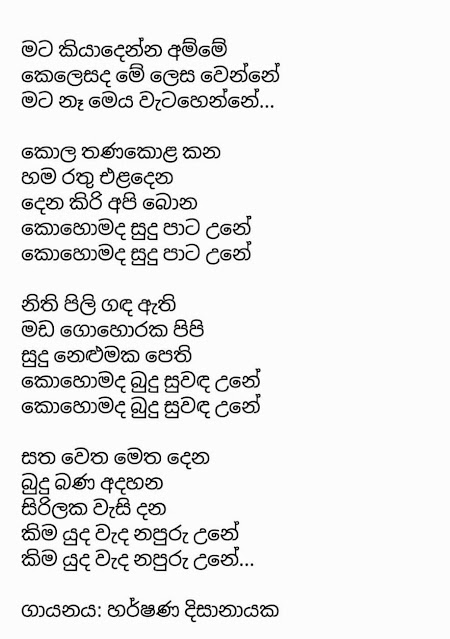 This post is a tribute to my amazing childhood. The girl I was once when I was little totally had the innocent instincts which is resembling to the kid who narrates the above song  sung by Harshana Dissanayake , one of my favorite childhood singers and still now!  When I was small I was surrounded with intellectual thinking lead by my mother who reads a lot and my father who sings a lot. Most of my childhood was filled with songs like this and story books of great authors such as ' Sibil Weththasinge '. A lot of things were taught including the psychological aspects of human thinking and I guess all of those helped me to build who I am now.  No wonder why children today have become emotionless and irrational as many of them are surrounded with meaningless things such as brutal video games, killing people and being utterly competitive whilst bearing the vicious thought of winning over the other, by killing them. Even if it is a game what they get into their minds is to have thei
Post a Comment
Read more 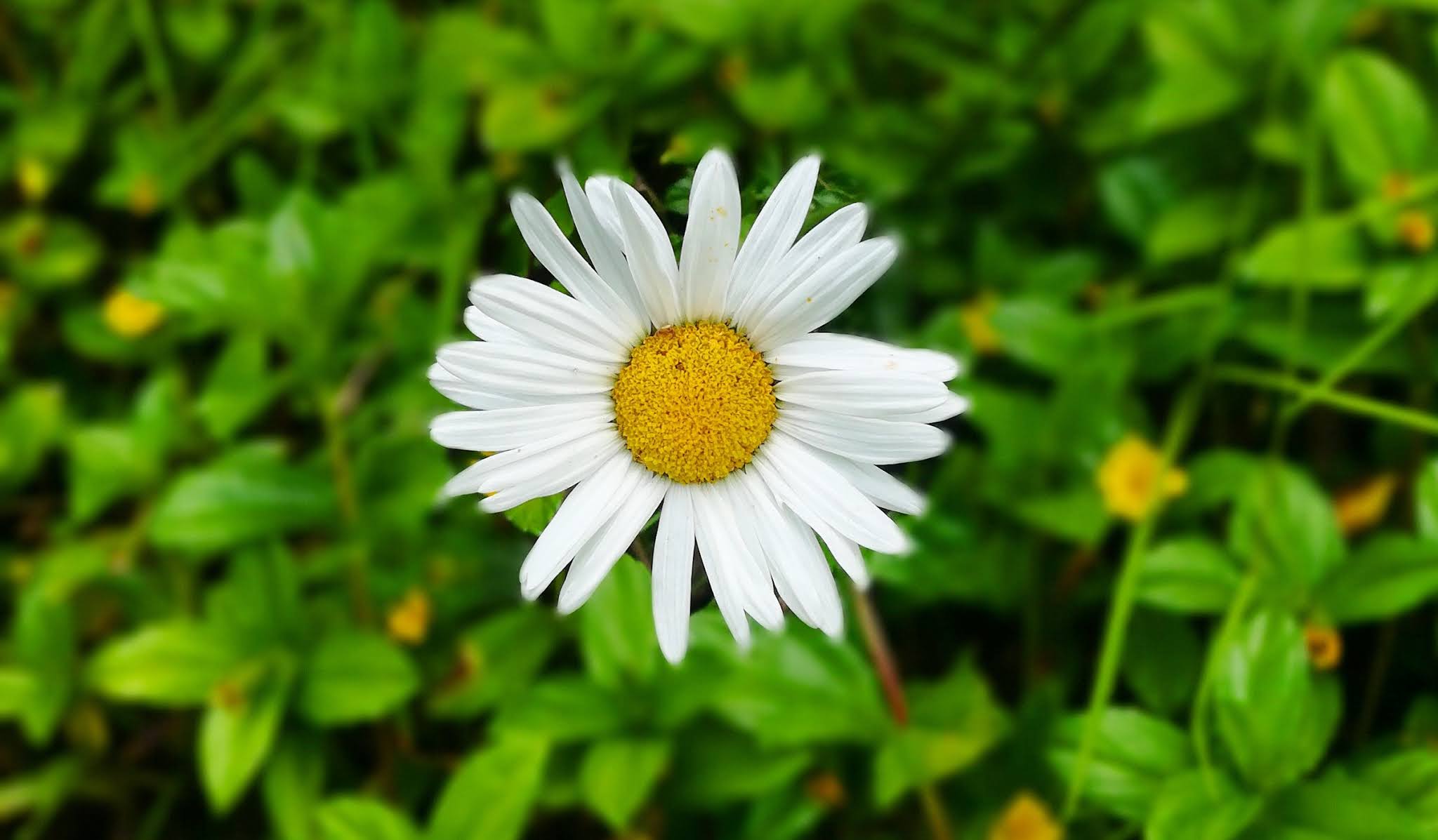 It is officially the last day of a hectic year. There may have been ups and downs for all of us during most probably the most stressful year amid the Covid situation. But to be a bit optimistic with our tomorrow which is a brand-new beginning where all of us could enlighten some hope with 2021, or try to adjust to this lifestyle and yet, be happy! Here I am bringing you with some little tips; however, those maybe the most effective ways to cheer yourself up in both physical and mental wellbeing. Actually the theme highlights 2020 but these will be very significant for the year 2020 plus one. So we are on the go! Wakey wakey before 7 O’ clock! I know, it’s hard for a lot of youngsters to get their butts out of bed early in the morning (even I trouble with that ) but just try this for one day and you’ll feel that the whole day is as fresh as a pineapple!  Personally for me, waking up after maybe 8 O’clock in the morning is the beginning of ruining a beautiful day and I would feel really
Post a Comment
Read more 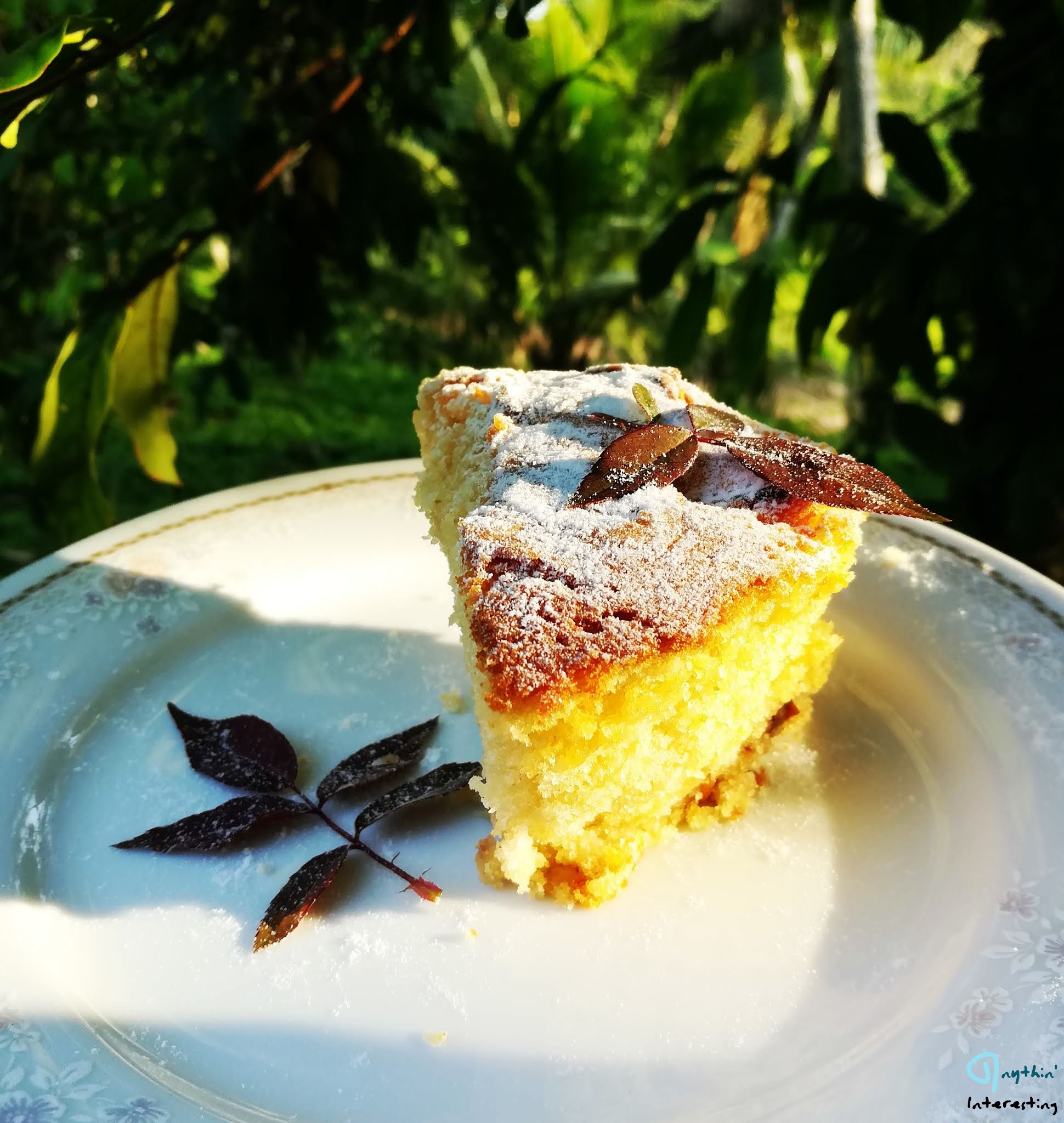 We all know apples always go so well with cakes. But you have to make sure to do your cake in the best possible way to get the most extreme satisfaction out of your bite from your apple cake. Let me present you the recipe for my version of the luscious apple cake! Trust me this cake is so soft and it melts in your mouth softly with a taste of rich butter cake, plus the divinity of baked apples combined with that taste of butter cake. You could eat this straight away without any kind of frosting (it's that good!!), but a touch of whipped cream gives a graceful taste. It's my belief that apples always go great with butter cake when it comes to baking them, but if you want you could invent a chocolate apple cake to treat your chocoholic soul. Or in some case you could use stewed apples with frosting, to get the good addition of fruits to your cake. Howsoever, my favourite is this one, and I am pretty confident that if you make this right, you will also love it! So let's go!!!
5 comments
Read more

IS WHATSAPP DOWN: USERS ACROSS THE WORLD HAVE BEEN REPORTING ISSUES ABOUT LAST SEEN ONLINE STATUS AND TYPING STATUS IN PRIVACY SETTINGS 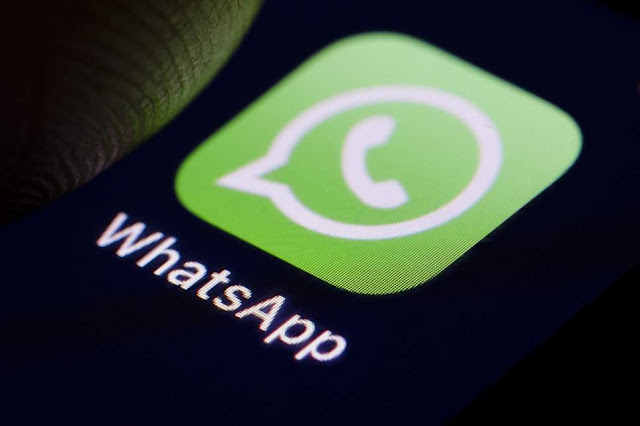 Source: Getty images WhatsApp has removed the last seen, online and typing feature? Or is it a bug? Across the whole world, WhatsApp users are now reporting the said issue and privacy errors. It seems like many of the users are pissed off for this reason, but surely there must be some reason isn't it? So it WhatsApp down? Other than reporting the issue to WhatsApp, users have been taking this problem over other platforms such as Twitter. According to most of the users, the issue has arisen in privacy settings. It has been reported that users are unable to change privacy settings that include the functions of changing last seen and the online status. This has been up on both Android, and iOS which it came out of the blue and probably must be some bug in the management of the server-side. Alongside the reports done by down detector, 67% of the users have reported issues with changing the Last Seen setting on their mobiles, and 26% complaining about connection issuers,
7 comments
Read more